Last Thursday, the Greek parliament accepted a $100 billion bailout from its creditors, despite Greek Prime Minister Alexis Tsipras’ objections. This is the country’s third bailout in five years. For now, it postpones Greece from encountering an economic meltdown and gives them more time to strategize a more permanent solution. The agreement not only provides a financial lifeline for Greece, but it also helps secure Greece’s future in the euro zone as one of the 19 nations using the euro currency.

This is not the end of Greece’s problems, however. Greece now exceeds $300 billion in debt to its creditors; the euro zone, the European Central Bank and the International Monetary Fund. Billions more in bailouts are being sent to a country that is “unproductive and beset by corruption”. Greece’s accumulation of debt 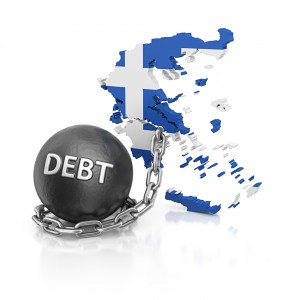 and high government spending, coupled with a stagnant economy are causing the country to remain the most unstable nation in the euro zone.

It remains to be seen if the Greeks will accept the harsh terms of the tentative deal such as higher taxes, deep spending cuts in pensions and other government benefits as well as other severe measures. By Greece accepting the bailout, it takes them off the front page of the news for now, but we will probably continue to hear about their economic upheaval and financial woes in the future.