What Lies Ahead for September?

It is no doubt that Wall S 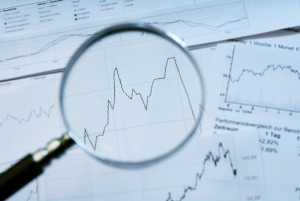 The trading action that occurred in the markets during August proved to be the worst month for the Dow since May 2010 (and the stock market’s first correction in four years).

How will the markets play out throughout the month of September and what factors will influence its direction?

Stock market volatility is going to continue. Wall Street had already been anticipating a bumpy ride for September. After entering this month with the same correction-like dips as in August, it’s clear that the stock market’s corrective phase is not over. This recent market activity sets Wall Street up for a very volatile month. Historically, September has been one of the worst months for stocks. It has been the worst-performing month for the Dow in the past 50 and 100 years, according to Bespoke Investment Group. The stock market is expected to endure more volatile trading activity through September and into October.

The Federal Reserve will discuss the first interest rate hike. The Fed has kept short-term interest rates at historic lows near 0% since 2008. Fed Chair, Janet Yellen, has since put off raising rates due to recent events in China and its rippling effect on the stock markets. Some economists believe that the rate hike won’t happen until this fall or this winter, but it is entirely possible for the Fed to start normalizing rates this month, as previously targeted. The central bank will deliberate whether or not to move rates back to normal levels at the two-day meeting beginning on September 16. Although the interest rate decision is unclear, the markets and investors will be uneasy around the Fed’s move.

The deadline to fund the federal government looms. Members of Congress face a September 30 deadline to fund the federal government, a deadline they have missed the past 18 years. This raises the question of whether there will be a government shutdown October 1. The president must sign twelve separate spending bills, from the House and Senate, for various organizations and government programs. However, hot button issues such as defunding Planned Parenthood loom large on Capitol Hill and could ultimately affect the goal of reducing the nation’s $18 trillion debt. Lawmakers have 14 legislative days to avoid a second government shutdown in two years.

September will inevitably experience volatility and keep investors on their toes. The markets face continued pressure from activity in China, as well as the Federal Reserve’s decision on interest rates, and the deadline to fund the federal government.