Will the Federal Reserve Take Action on Interest Rates?

The Federal Reserve has held its benchmark federal funds rate near zero since December 2008 in attempt to spur borrowing, spending, and investment. However, the overall economy is strugg 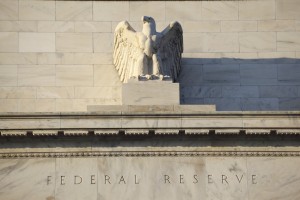 ling to deliver any growth at all, even with interest rates this low.

Comments since January of this year by Federal Reserve chair Janet Yellen, strongly hinted that the Fed is on track for at least one and perhaps a second interest rate increase later this year. To lift rates, at a gradual pace, the Fed has reiterated numerous times that it needs to be “reasonably confident” that inflation will reach its annual 2% target in the medium term. In July, for the 37th consecutive month, annual inflation undershot the bank’s 2% target.

Recently, economic gauges including those evaluating the labor market, retail sales, and consumer confidence have started to show varying degrees of improvement. That said, none of these gauges meet the Fed’s stated criteria of improvement to justify a rate increase.

Many Wall Street observers warn that the Federal Reserve interest rate hikes will douse the U.S. stock market. With nearly every measure of the stock market being overvalued, even small increases to the interest rate could trigger an awaited correction. Wall Street is worried, as low rates and massive stimulus from the Fed are often cited as the biggest reasons why the U.S. stock market has tripled in value since the bear market low in March 2009.

Raising rates will also have an effect on the housing market – it could be a bumpy ride as mortgage rates climb. Interest rates matter for the strength of the housing market because higher rates boost mortgage payments, making homes less affordable.

Michael Pento from Pento Portfolio Strategies, LLC explains, “The ugly truth is that debt in the developed world has now grown to such an excess that it has to be restructured or monetized. It is also the sad truth behind why the Fed seems unwilling to raise interest rates higher than zero percent…even after seven years.”

According to the International Monetary Fund (IMF), the Federal Reserve risks stalling the U.S. economy by raising interest rates too early. “A premature rate increase could also spark an unexpected rise in long term rates or a fall in the stock market,” the IMF said. Any of those outcomes could stall the U.S. economic expansion.

Since the Fed bought massive quantities of treasury and mortgage bonds after the 2008 crisis to stimulate a weak economy, banks have 2.5 trillion dollars in excess reserves – up from about 2 billion dollars pre-crisis levels.

“Because of the massive amount of cash sloshing around in the banking system the Fed will have to employ new, riskier tactics to gradually lift borrowing costs, strategies that make sense but are less precise, especially if there is a scare in the markets. Nobody’s ever done this before,” says John Faust director of the Center for Financial Economics for Johns Hopkins University and Special Adviser to the Fed’s Board of Governors until last September.

The Fed’s capacity to bump up rates is critical to retaining the confidence of financial markets and heading off a potentially sharp rise in inflation as the economy heats up.

Bottom line: The Fed faces a difficult balancing act when it comes to raising interest rates. And, that is not likely to be resolved any time soon.